For those lucky enough to have already had one or two weeks holiday this summer and particularly for those that were abroad, one of the great unforeseen benefits of time away was the ease at which the news of the country’s political landscape could be avoided.  The lack of apparent impact that this uncertainty has had upon the residential property market continues to impress.  Where Lord Voldemort is often referred to as “he who must not be named” Brexit appears to be similarly treated within the residential market.

Another year of inflation busting house price growth within Edinburgh and the Lothians, currently 4%, certainly suggests that home buyers are unphased.  We at Graham + Sibbald had a particularly busy month of July and it was evident that the market continues to remain strong. Historic low levels of supply continue to be the main foundation of property values and there is no reason to suggest that peoples moving habits, or lack of, are likely to change in the short to medium term.

In the few years preceding the economic crisis which manifested itself in the residential market in 2008, transactions within Edinburgh and the Lothians were around 15,500 each year.  This dipped to a low of 7,500 in 2011 but has remained stubbornly around the 11,500 for the last 5 years being 25% lower than the pre-crunch average.  It is not entirely clear as to why this number has not continued to increase but many people’s hesitancy in putting their own property on the market is because they are unable to see anything on the market that they would wish to move to thus compounding the situation.  Our own property ‘Catch 22’.  Some may argue that the costs of moving including LBTT has played its part however this is a difficult sell as the vast majority of property transactions are at a level where the cost of moving equates to perhaps 2% or 3% of the purchase price of the new property.  There would be a greater argument that this has affected the higher end of the market where a whopping 10% is imposed on any purchase price above £325,000 and 12% above £750,000 and although this certainly has deterred a number of people moving there are still many people who have adjusted to this increased rate with some superb sale prices being achieved in the city and surrounding areas.

It would be easy to become complacent with Edinburgh and the Lothians continued capital growth but there are a number of strong factors as to why these figures appear to have strong foundations being high demand, a lack of supply as touched on earlier, a growing city, wage inflation, cheap borrowing and a truly wonderful place to live and work.

As the busy summer has shown the seasonality of the market has become less and less pronounced with only December being really regarded as a particularly quiet month.  Due to the imbalance between supply and demand, no time is a bad time to place your property on the market.

The coming months will be important ones as “the event that must not be named” comes closer (or doesn’t…) however there is a feeling that Edinburgh and the surrounding area is in a healthy position to weather further uncertainty but also in an excellent position to capitalise on clarity and positive economic news that could be forthcoming.

For any further information or advice, or indeed if you are considering selling your home and require a Home Report then please contact our Edinburgh office on 0131 225 1559 where one of our Surveyors will be more than happy to help. 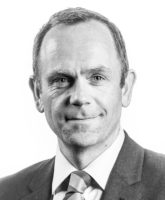 The Colonsay Hotel, Isle of…

Keep up-to-date with the industry